Written by Nick Cicero
Updated over a week ago

In order to provide users with the most robust data, Conviva uses a variety of YouTube products to measure and surface your data.

Per YouTube, You may not see all or any data if your public video or channel doesn’t have enough traffic during a selected time period.

Additionally, you may not see the full demographic data such as age, geography or gender for all videos published to your channel due to privacy terms or low traffic as mentioned above.

In cases when such data is limited, there may be a difference between the total minutes consumed on a video, or campaign and the sum of minutes consumed by age, gender, or location data for those videos.

The “Minutes Consumed” metric for your channel, campaign, or video is pulled in aggregate for all viewers, and is the accurate total, while totaling up data such as age/gender/location individually may result in a difference.

For example, suppose you are looking at a campaign containing your YouTube videos. 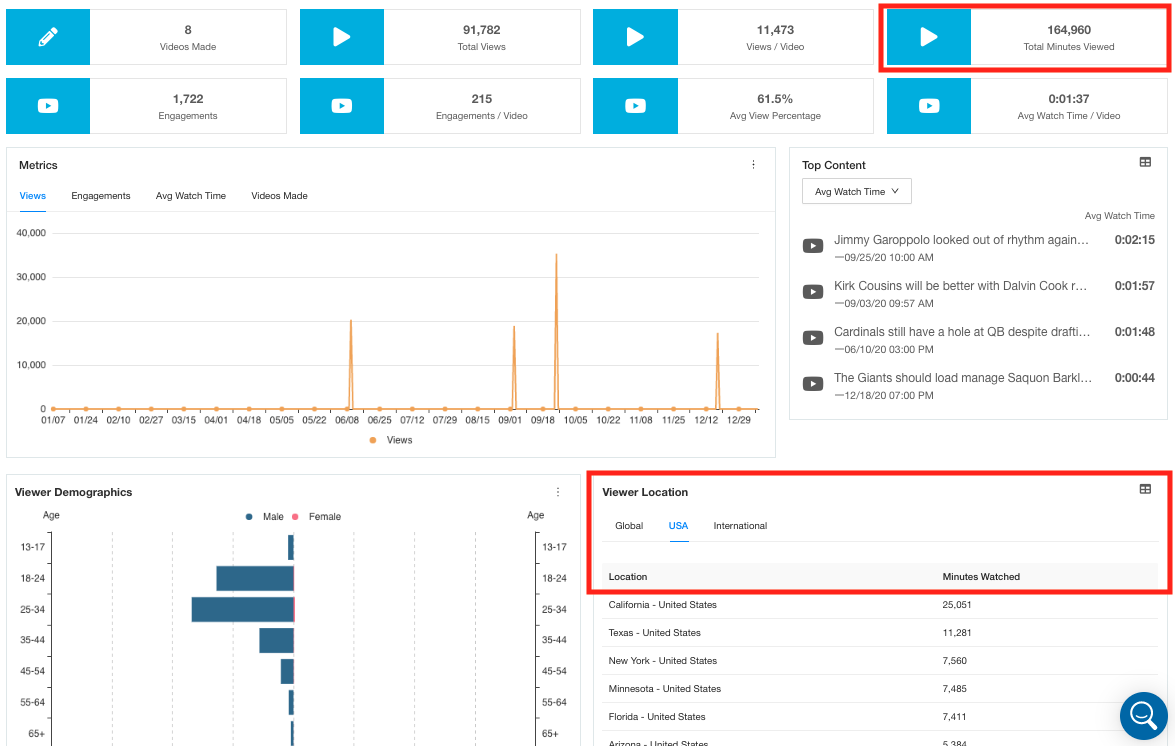 In the overview metrics, you will see an aggregate number of minutes consumed on those videos and a Viewer Location table view displaying top age, gender and location by minutes consumed.

During the specified time period, assume that the videos were viewed for 1000 minutes, where 500 minutes consumed occurred in the United States, 498 occurred in Canada, and two occurred in France.

In this example, the overview data would indicate that the video was viewed a total of 1000 minutes. The country-level data would indicate only that the video was viewed 500 minutes in the United States and 498 minutes in Canada. As such, there would be a difference between the total minutes consumed between the two metrics. Note that the location data may not contain any indication that two other minutes had also occurred (or that any minutes consumed had occurred in France).

The actual thresholds at which data is limited are not published and subject to change at YouTube's discretion.

Did this answer your question?